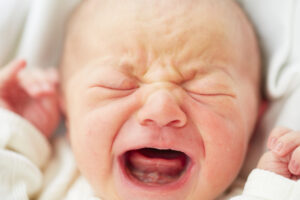 Do not delay in reaching out to a Bell’s Palsy lawyer in Denver, CO, if your child is born with Bell’s Palsy because of a birth injury. The birth of a child should be exciting, it’s something you and your family have been waiting on. So it’s disheartening when a birth injury happens due to medical malpractice.

Symptoms and Causes of Bell’s Palsy

The most common signs of Bell’s Palsy are:

Bell’s Palsy can affect your child’s sense of taste, tear production and saliva. This condition ranges from mild to severe, and while it is not long-term typically, there are times where it may cause other serious complications to arise.

A Bell’s Palsy lawyer in Denver, CO can help you figure out if you have the basis for a case. Medical malpractice, especially for Bell’s Palsy, can be hard to prove because the cause of Bell’s Palsy often goes undetected in infants. Therefore, a lawyer that is well-versed in birth injuries is your best bet.

Your lawyer will go through your medical history with you and go over your child’s. They’ll be searching for any sign that the standard of care was not delivered, and therefore the hospital staff was negligent.

Some Facts About Facial Paralysis in Children

These are general facts about facial paralysis in children, and these facts by no means are to indicate that you should not speak to a lawyer if your child is born with Bell’s Palsy.

If something seems wrong with your child after birth or shortly thereafter, seek the advice of a medical professional. Richard J. Banta, P.C., a birth injury lawyer Denver, CO, can help your family find out if they have a case and who is responsible for your child’s birth injury.