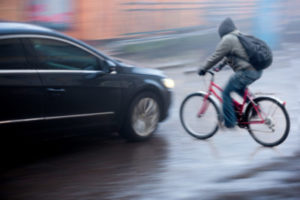 Bicycles are quickly becoming a staple in alternative transit and outdoor activities, and the bicycle accident lawyer Denver CO can trust knows that Colorado is right on the cusp of this trend. The Durango Herald reported that Colorado Governor John Hickenlooper installed a $100 million initiative aimed at improving bicycling and pedestrian infrastructure in the state with the goal of making Colorado the best place for biking.

With bicycling being popular enough in Colorado to warrant such a big investment in becoming more rider-friendly, it’s easy to assume that drivers there are used to sharing the road with bicyclists. Colorado has more than 5,000 miles of biking trails and many popular annual biking events, including the nationwide USA Pro Challenge. Unfortunately, biking in Colorado still comes with some risks, and accidents happen on a regular basis.

When a vehicle meets a bicycle, the bicyclist is almost always on the losing end. With cars weighing thousands of pounds and many super-light bikes not evening tipping the scale at 20 pounds, the weight and speed difference between the two simply spells disaster for a bicyclist in a car collision.

If you’ve been the victim of a bicycle accident, you need to take the correct steps immediately to protect your rights. At the very least, you should:

• Report the accident to the police: You must have an official report of the incident for your own records, for your case down the road, and for other involved parties, such as your insurer. Even if the accident was a hit-and-run, speak to the police so they can create a record and open an investigation.

• Get medical attention: Some accident injuries might not show up right away, so see a doctor even if you feel okay. Delaying treatment is something that can impact your case and your general health.

• State your side: Calmly state your side of the event to the police. Don’t get into an argument even if the police seem to believe you’re at fault, and don’t offer any apologies or information that could be taken as an admission of fault. Be careful when you speak to any insurance company, whether it’s your own or the other party’s insurance. All of the insurers involved want to settle your case as quickly as possible, so they are not interested in what is best for you. Direct questions from insurers and the other party’s legal representation to a bicycle accident lawyer Denver CO cyclists trust, to avoid giving up any of your rights by accident.

• Get evidence: Take photos of the accident scene, your injuries, damaged property, and anything else relevant to the case as soon as you can. Keep records and copies of bills and receipts that are related to the accident.

Another important thing to do after you’ve been in a bike accident is to seek experienced legal representation, such as that provided by Richard J. Banta, P.C. By engaging a bicycle accident lawyer Denver CO relies upon, you will protect your rights and have someone on your side throughout your case.

WHAT WE DO
We are dedicated to helping you through this time and will use our experience and skills to work toward the best possible outcome for your case. Your primary focus after an accident should be your recovery. We will deal with the insurance companies and everyone else so you don’t have to handle additional stress and other matters while getting yourself healthy. We can help you get the compensation you’re entitled to because of your accident, such as lost wages from missed work, medical costs, and loss of quality of life. If you ever have any questions, we’re here to answer them, and we will keep you updated as your case progresses so you never feel left in the dark. Don’t try to handle everything alone after you’ve been in a bike accident. Contact the bicycle accident lawyer Denver CO has turned to for years, at Richard J. Banta, P.C. today by calling 303-331-3415 so you can work on getting better and we can work on getting you the compensation you deserve.