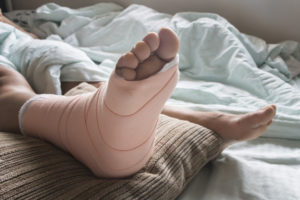 At the Law Office of Richard J. Banta, P.C., we believe medical providers should be accountable for their actions and adhere to the standards of medical care they owe their patients and their profession. If there are breaches of these standards, we advocate for the victims of malpractice or negligence.

With decades of experience in helping victims of medical malpractice receive the compensation they are due, we can compose an effective lawsuit against healthcare practitioners whose actions don’t satisfy the acceptable level of care.

For a consultation with a medical malpractice lawyer in Denver, Colorado, please call the Law Office of Richard J. Banta, P.C.

What Is Medical Malpractice?

Patients can experience a wide range of medical malpractice situations, including those involving:

Will a Medical Malpractice Case Go to Court?

Medical malpractice cases don’t always go to court. At times, a case may be settled outside of court. Most physicians and healthcare institutions have medical malpractice insurance to cover cases if they should arise. If both sides can agree on a settlement, a court case may be unnecessary.

Settling outside of court is sometimes preferable as it allows the medical malpractice victim to receive compensation more quickly. Plus, it can cut down on legal fees and time spent on a case going to court. Furthermore, if the action is settled quickly, the victim can turn their focus back toward their health and tend to recover from their injuries.

In the event of a death from medical malpractice, a lawyer might advise you to file a wrongful death suit over a personal injury claim. These types of cases are similar but do have differences in what you can recover. A wrongful death lawyer Denver, CO families turn to after a death from medical malpractice can help you to determine which type of case is best suited to your needs.

Patients who have sustained injuries while under a doctor’s care have the right to pursue a medical malpractice lawsuit. However, certain misconceptions may prevent them from doing so. Here are some common myths about medical malpractice you shouldn’t believe.

The birth of a child is typically a reason to celebrate and be happy. However, it does occur from time to time that a birth injury could happen as a result of poor practices by hospital staff or your doctor. Some of the birth injuries that have the potential to occur are:

If you or your baby have been affected by poor medical practices, then contacting a medical malpractice lawyer in Denver, CO from The Law Office of Richard J Banta, P.C. may be beneficial to getting you the compensation you deserve. Holding those accountable for their errors is also important to ensure it doesn’t happen again.

Misdiagnosis Could be Medical Malpractice

When a doctor diagnoses someone incorrectly this could lead to long term problems or a lack of knowledge regarding a medical condition someone has that could’ve been treated. Side effects of being given the wrong medication for their condition could also be harmful. Doctors are held to extremely high standards and due to their experience and schooling should be able to meet these standards. When they make a mistake though it could be costly to you and your family. Negligence from a doctor could be seen from:

The hospital itself should also be examined closely. They are supposed to have adequate staffing levels to be able to handle all of the patients and different duties required to run a hospital. Not only are staffing levels needing to be met, but also the level of certain people who fill certain roles. Some hospitals may have hired doctors, nurses or other personnel who have not shown that they are fit for the job. Consult with your medical practice lawyer in Denver, CO for more information about whether the hospital is responsible for injuries you may have received as a result of malpractice. The Law Office of Richard J Banta, P.C. is experienced in medical malpractice and can help you out with your case and possible settlement.

What if I Signed an Informed Consent Form?

Lawyer Richard Banta would like you to know that you don’t sign away your legal rights by signing an implied consent form. This form is required by medical facilities and doctors. It is provided to any patient so he or she understands the known risks of a treatment, surgery, or procedure. An informed consent form does not give any healthcare practitioner or facility the right to carry out a substandard level of care, as established by the medical community. What you should know is that you have a legal right to recover compensation if medical malpractice is a factor in your case. Calling a medical malpractice lawyer in Denver, Colorado is highly recommended.

Not All Cases are Worth Pursuing

There are all kinds of medical malpractice cases. An error that is made by a healthcare practitioner, and which is caught quickly or results in minimal consequences, may not be worth pursuing. For example, the costs of investigating a litigating case might exceed the economic value of a case.

Has Your Doctor Been Named in a Previous Medical Malpractice Case?

You can review the Colorado Medical Board to find out if your doctor, or any other healthcare provider, has been named in a medical malpractice case. In general, this is a good idea before you receive any treatment by a medical professional. If you suffered an injury, and believe malpractice is a factor, your lawyer will likely investigate the alleged parties to find out whether there are any previous cases.

Will Your Case Go to Trial?

In general, the burden of proof lies on the plaintiff. Without the right medical malpractice lawyer in Denver, CO on your side, proving your case beyond a reasonable doubt may be difficult. It will be up to the lawyer to demonstrate the healthcare practitioner breached a duty of care in a way that another practitioner, in the same or similar field and situation, would not have done. This can be easier said than done. Hiring a lawyer is almost certainly necessary. Call Richard J. Banta, P.C., today.

Why Hire a Medical Malpractice Attorney?

If you believe that your treatment under the care of a physician has been negligent or wrongfully prescribed, contact the Law Office of Richard J. Banta, P.C., today. We are an experienced medical negligence law firm, and, if you work with us, we will be ready to go the extra mile to ensure you are granted the decision and compensation you deserve for enduring malpractice-related pain and suffering.

Victims of medical malpractice who file lawsuits may receive settlements that compensate them for loss of income, loss of future earning potential, loss of enjoyment of life, medical expenses, physical and mental suffering, and more. Your medical malpractice lawyer Denver, CO community members count on for help to ensure all of the details of your unique circumstances are addressed so that you can receive an optimal resolution. Contact us today for a consultation.