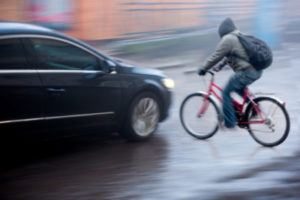 What You Should Know About Your  Bicycle Accident Police Report

Have you been injured in a bike accident? Do you believe it happened because of the negligent actions of another party? If so, please call the best bike accident lawyer in Denver, CO now.

After being involved in an accident on your bicycle, there are some important issues to pay attention to. One includes having a police report filed. In most states, any accidents involving a car require a police report to be made, so if you were hit by a car, you should definitely call the police. If you were not hit by a car, there are some situations in which a police report could still come in handy. The following are three reasons to have a police report made after a bicycle accident. If you don’t understand what to do, you can call the best bicycle lawyer Denver, CO has to offer, or at least one of them, from the Law Office of Richard J. Banta, P.C.

An Unbiased View of the Accident

When you take an accident involving two people and try to determine who is at fault, you’ll generally have both parties directing blame at the other because they are both going to be biased. Depending on the accident, it could be difficult for the claims adjuster to determine fault as well.

When a police officer arrives on the scene, he or she will take a visual assessment of the situation to determine what happened. There will then be some short interviews conducted so he or she can gain better insight into what occurred. Different witnesses will have different viewpoints, which can all play a role in the final outcome of the report. After the officer has also spoken to both you and the other party, he or she will make an unbiased decision as to who is at fault, including all necessary information in the report. As one of the best bike accident lawyers in Denver, CO, we would advise you not to accept any fault during this time – regardless of what you might think.

Evidence for a Lawsuit

If the other party comes at you with a claim or lawsuit, a police report can be one of the greatest pieces of evidence. This can either be good or bad for you, depending on what the report says. If the officer determined the accident was the fault of the other party, the report could be some of your most reliable evidence. The best bike accident lawyer in Denver, CO can explain this to you in further detail.

Evidence for the Insurance Claim

As a claims adjuster looks over the incident, he or she will use the police report to make a determination as to what happened and who is liable. Adjusters sometimes don’t get the whole story without a police report because there’s finger pointing, a cleaned up scene and missed evidence. Having the report could help you avoid costly premium hikes, and could help you receive proper compensation from the responsible party’s insurance company.

Bicycle accidents can cause a lot of trouble, but there are some things you can do to make the repair process easier. Whether you’re facing injuries, bicycle repairs or other damages, it can help to have a police report filed after your accident. Contact the best bike accident lawyer in Denver, CO to learn more about what you can do for the best outcome.