Charged with a DUI? Richard Banta is the best Denver DUI Lawyer.

Have you been charged with DUI? You need the a DUI lawyer Denver, CO residents trust – Richard Banta is here to help.

Colorado law enforcement refers to drunk driving offenses as either:

Our friends at Nolo.com have the information you need to know when you’ve been arrested for or charged with a DUI.

Lookback Period: There is no lookback period in Colorado. All prior DWAI/DUIs are relevant for sentencing and penalty purposes.

How many drinks does it take? Check the BAC chart.

You may want to try our BAC Calculator, however, I wouldn’t let any results encourage you to drink and drive.

What if you refuse to take a chemical test in Colorado?

Can you plead to a lesser offense than DWAI/DUI in Colorado? 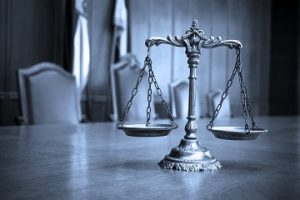 Colorado modified the amount of time an offender is required to stay in jail for a DUI conviction and now imposes a 10-day minimum jail term for a second offense as well as a 60-day minimum jail sentence for a third and subsequent offenses. Additionally, the law has eliminated the requirement that an offender wear an ankle bracelet leaving only two options: either serve requisite time or apply for a work release program.

Drinking and Driving Laws in Colorado

Drunk driving laws in The State of Colorado are similar to other DUI laws in the United States, however, Colorado also has a Driving While Ability Impaired (DWAI) law that makes it illegal to drive with a lower blood alcohol concentration (BAC) level that is lower than most states. The DWAI law starts at 0.05 percent (BAC) whereas most states start with a 0.8 percent BAC. The Colorado DUI law prohibits a person from driving when they have a concentration of .08 percent or more alcohol in their blood system. This is the standard measurement use by most states for the “impaired” driver.

The first time you are caught driving with a blood alcohol content of .08 or above, you are guilty of driving under the influence. The fine for your first DUI is from $300- $1000. You will spend between 5 days to 1 year in jail with mandatory public service from 48 to 96 hours. You will also have your license revoked for 1 year.

How many drinks does it take to reach the legal limit in Colorado? There are many variables that determine if a person has reached the legal limit, however, what may make one person legally drunk, isn’t always the case with another individual. There are BAC calculators and Alcohol Charts that can serve as a point of reference, but again individual factors such as age, weight and the duration of time that has passed between drinks all play into the equation. There isn’t a single formula that works for everyone. On average it takes very little alcohol to become legally drunk and the best answer to drinking and driving is to have zero drinks before you drive.

Is a DWAI in Colorado a Criminal Charge?

Driving While Ability Impaired (DWAI) refers to a charge when the driver’s judgment or physical control is impaired due to drugs and/or alcohol even though the driver’s blood alcohol content (BAC) is less than.08% (a DUI). A DWAI is commonly charged when your BAC is between .05 and .08. Although the penalties associated with a DWAI are not as stringent as the penalties associated with a DWI, it is a criminal (misdemeanor) charge and the penalties may include fines and incarceration. In addition, there may be license suspension and eight points added to your driving record. It will also count against you for subsequent offenses to worsen your penalties.

When you are charged with a first DWAI, you may be sent to jail for a minimum of 2 days and a maximum of 180 days. You may have to pay fines that range from $200 to $500. You may need to do 24 to 48 hours of community service. You can lose your license and your DWAI charges can show up on your criminal record. You may also face additional requirements like drug or alcohol counseling.  Your attorney can assist you in deciding whether to try to plea bargain the charges down or whether you may have grounds for fighting the charges.

Can an attorney in Colorado get a DUI dismissed?

It’s possible that a DUI attorney in Colorado can enter a plea agreement for a defendant. For example, a defendant might receive a “wet reckless,” or a conviction of reckless driving involving alcohol, as a result of a plea bargain in which a charge of drunk driving is reduced to a case of reckless driving. There is no statutory provision in Colorado on whether a wet reckless plea bargain will be accepted in your state, but it’s possible a lawyer may be able to create a plea bargain for you. A lawyer may be able to assist in advising you on how to plea whether it is for a DUI (Driving Under the Influence), triggered by .08% or higher BAC, or a DWAI (Driving While Ability Impaired), triggered by .05% BAC or higher (but less than .08% BAC). In addition, a lawyer’s assistance may prove helpful considering that Colorado contains no lookback period — that is, any prior alcohol-related driving arrest counts as a prior no matter when it happened.