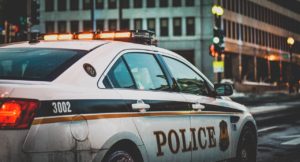 There is nothing as intimidating as a driver than to realize that those blue lights flashing are meant for you. Many Colorado drivers are unsure of what they should do in the event they are stopped by law enforcement on suspicion of driving under the influence. Even if you have had nothing to drink it can be stressful.

At the Law Office of Richard J Banta, P.C., our Denver CO DUI lawyers have extensive experience representing drivers who have been arrested on DUI charges. If you have been charged, contact our office immediately to find out how a DUI lawyer Denver CO offers can help.

When police stop a driver because they suspect he or she is driving under the influence, they will try to find enough evidence to be able to charge the driver. Police need probable cause to make an arrest, however, that probable cause needs to be based on facts and not just on an officer’s suspicion.

In order to stop a vehicle, the officer needs a valid reason. Some of the commonly cited reasons include driving erratically, running a stop sign, or expired vehicle registration. If the officer stops a driver because of the way they are driving, that fact can be used as part of the probable cause for a DUI charge. Denver CO DUI lawyers often are able to get the charges dismissed because they can prove the officer did not have probable cause to stop the driver.

Once the vehicle is stopped, the officer will approach the driver, looking for evidence of alcohol and/or drug use. Some evidence that can be used against the driver includes the smell of alcohol or drugs, beer or other alcohol containers, and prescription drug bottles.

The officer will also study the driver to see if he or she exhibits any signs of being under the influence, such as red eyes, slurred speech, or the smell of alcohol on the driver.

Police will also attempt to determine if a driver is sober through different tests that are recognized by law enforcement across the country as standard sobriety tests. The officer may ask the driver to walk in a straight line, follow a moving finger or pen with their eyes, and stand on one leg. It is critical for every driver to know that they have the right to refuse to participate in these tests without suffering any consequences.

The next test the officer will request the driver take is a breath test which will measure their blood alcohol content. A driver can also refuse to take this test, too. However, in many states, refusing to take this test may be grounds for license suspension even if it proven later on in criminal court that the driver was not under the influence. Some states will suspend a license for up to 12 months. This is allowed under states’ implied consent laws. As a Denver CO DUI lawyer can explain, Colorado does have an implied consent law.

Some states have adopted laws which address those drivers who refuse to submit to BAC testing which force drivers to submit to testing via a warrant. Police are able to obtain an electronic warrant on their mobile devices right at the scene of the traffic stop, avoiding the risk of the driver sobering up before a paper warrant could be obtained.

If you have been charged with a DUI, contact the Law Office of Richard J Banta, P.C. to meet with a DUI lawyer Denver CO clients recommend and find out how we can help defend against these charges.