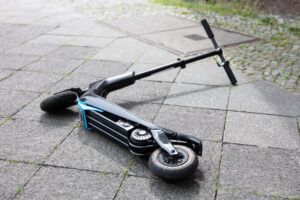 Pedestrians and tourists trying to get around in metropolitan areas are increasingly turning to electric scooters for last-mile transit to their destination. Due to construction, heavy traffic, or unavailability of ride-hailing services, it may be much faster and cheaper to use an e-scooter to get the last few blocks. With more and more companies offering their option, including Bolt, JUMP, Lyft, Lime, Spin, Skip, Razor, and Bird, the chances of finding a ride are better than ever.

Despite the ease of using these services, riders should be aware of the limitations and hazards. Riders are expected to be over 18, hold a valid driver’s license, and wear a helmet when they ride, as an electric scooter accident lawyer in Denver CO can attest. The last requirement is often a problem for many users, who may not have planned on riding a scooter and do not have a helmet with them. Some companies have proposed including a helmet with each scooter, but this solution faces problems with fit, sanitary concerns, and theft. Failing to wear a helmet isn’t just unsafe, but it may also be a problem after a serious accident. If a rider is injured through no fault of their own, the other side may claim that they contributed to their injuries by failing to wear a helmet, making it more difficult for them to be compensated for their injuries.

Before any ride, users should inspect their vehicle carefully to make sure it is in good working condition, as explained by an electric scooter or bicycle accident lawyer, Denver CO. Wear and tear, or unreported accidents, can cause structural faults that could cause the scooter to fail during use. All connections should seem stable and the handlebars should turn smoothly.

Once the ride begins, users should be on the lookout for anything that appears to be out of the ordinary. If the electric scooter starts to wobble, rattle, or handle oddly at speed, it could be evidence of internal structural damage not visible to the naked eye. An e-scooter which handles oddly should be immediately locked and reported to the company without delay.

Even if the electric scooter is performing properly, there are still hazards riders should be aware of. Uneven pavement or breaks in sidewalks can bring a violent end to an otherwise-safe ride. In such circumstances, injuries sustained can ultimately be charged to the responsibility of the property owner who failed to maintain the sidewalk or pavement in a safe condition. When this happens, an electric scooter accident lawyer in Denver CO can assist in bringing a claim and resolving it in the rider’s favor.