Driver Killed and Others Injured In Colorado Bus Crash 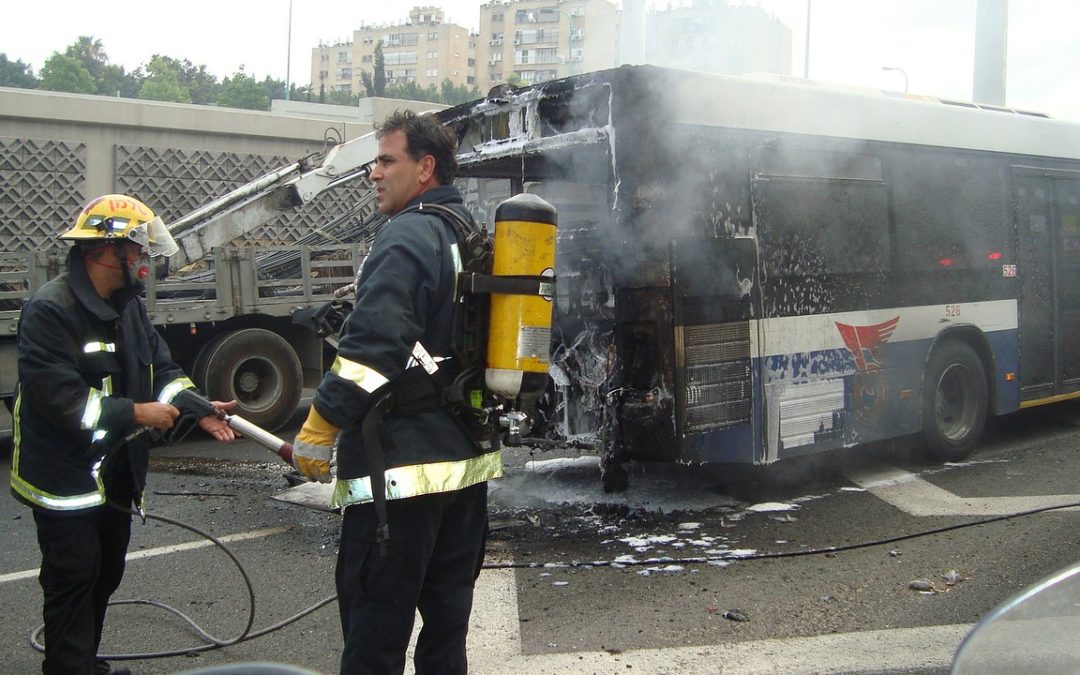 Denver 7 News is reporting that video footage and the reports from law enforcement have just been issued in the Legacy High School bus crash that took the life of the driver and injured others.

As covered by the Denver Post, 43-year-old bus driver Kari Chopper drove a Legacy High School bus full of coaches and football players from the school into a concrete pillar near the Denver International Airport in September. The crash killed the bus driver, who had worked for the district for four years and had passed a CDOT physical just four months earlier and seriously injured coaches Kyle Rider, Matt Kroupa, and Wayne Voorhees.

According to the security video footage released, many other vehicles were pulling up to the same area when the bus approached. Among those other drivers was Centennial resident George Skinner, who said he saw the school bus weaving from one side of the road to the other side and was nearly run off the road himself. Skinner notes that he first believed the bus driver was texting, but as he watched in his mirror, he saw the bus drive up an embankment and collide with a concrete bridge support pillar.

An autopsy report has indicated that Chopper did not drink alcohol or take drugs before the crash. The report did note the bus driver had an enlarged heart and was overweight, leaving a medical episode as a possible cause of the accident, but doctors were unable to verify exactly what happened.

The police report states that the bus driver did not attempt to avoid the concrete pillar before the crash, and officers are not able to understand why the bus driver initially turned the vehicle around, going back near the terminal after she’d already taken the road to leave. Unfortunately, no crash witnesses were able to shed light on this mystery either. The bus was checked and found to be in good working order, and there do not appear to be any environmental factors that could have caused the accident. According to the police, there is also no evidence to indicate that the bus driver intentionally caused the crash, and its cause may never be known.

A bus accident can happen at any time and for reasons that are not always clear, like in the Legacy High School Bus crash. In some cases, however, the reasons are obvious. Common Colorado bus crash causes include speeding, following other cars too closely, driving while distracted, driving while tired and driving recklessly. Buses tend to be larger, heavier vehicles, and the consequences of bus accident can be serious and even deadly. Injures can range from conditions such as whiplash to very serious head and spine injuries.

If you or someone you care about has been the victim in a Colorado bus crash, speak to an experienced attorney today to protect all your rights. You may be entitled to compensation for your pain, losses, and suffering under state law.