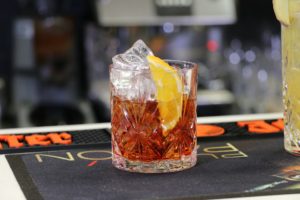 If a police officer suspects that a person is driving drunk, they will pull that person over. Following that, the officer may order the driver to perform a series of field sobriety tests to determine if they are driving under the influence. If the driver fails a test, the officer may arrest that person even though a field test is not necessarily conclusive. As a result, without the help of a skilled DUI Lawyer in Denver CO from the Law Office of Richard J. Banta, P.C., they may be convicted unfairly. A DUI conviction can have long term devastating effects on a person’s life. Call us immediately if you were charged with a DUI and our DUI Lawyer in Denver CO can review your case at no charge. After a case review, your legal options will emerge.

Most law enforcement officers use one or more of the following standardized field sobriety tests which are deemed the most effective methods to determine whether or not someone is DUI. These include:

If you have been arrested and charged with a DUI, you could be facing serious consequences, not only criminally but also personally. You may be facing the loss of your driver’s license, heavy fines, and possible jail time depending on your past driving history. A conviction can also affect your ability to work, as well as future job or educational opportunities.

Call Law Office of Richard J. Banta, P.C. today to find out how our DUI Lawyer in Denver CO can help you. We will work diligently to get you the best possible outcome based on the circumstances of your case. Call our office today for a free case evaluation.

If you are looking for legal representation from a DUI lawyer Denver CO residents trust, you may want to call the Law Office of Richard J. Banta, P.C. Guided by extensive experience in helping clients who have been charged with driving under the influence (DUI), we understand the importance of having these charges reduced or dropped.
Rest assured, as your Denver DUI lawyer Richard J. Banta can be ready to work tirelessly to get you the results you are looking for. If you would like to schedule a consultation with the Law Office of Richard J. Banta, P.C., please call 303-331-3415.

What Richard J. Banta Can Do for You

DUI charges can be a real headache and very complicated. Although you might have access to a public lawyer or self-representation, your best opportunity for reducing the severity of your charges lies in seeking a DUI lawyer Denver CO has to offer. Richard J. Banta can assist in easing your worries, fears, and anxieties about what might happen.
During your consultation, your attorney can explain the legal process of a DUI (or DWI) and you can learn about your rights. By hiring a DUI lawyer in Denver CO like Richard J. Banta, you can feel confident in knowing that the steps needed to mount a strong defense can be taken.
The Law Office of Richard J. Banta, P.C. can help you to understand:

First time versus repeat DUI offenses can have a big impact on the overall outcome of your case. In general, if this is not your first offense, you should have a DUI lawyer Denver CO trusts on your side.
First time DUI offense – Regardless of how you choose to plead – not guilty or guilty- you could still face:

Repeat DUI offense – If you are facing a second, third, fourth, or even fifth DUI, there is a significant risk of being heavily penalized. You could even be targeted like a hardened criminal. Realistically you should contact a lawyer as soon as possible.

The Law Office of Richard J. Banta, P.C.: Helping People Charged with a DUI of Alcohol or Drugs

If you are ready to have a DUI lawyer Denver CO provides build a defense against your case, please call today.