What to Do if You Were Injured in a Car Accident as a Passenger? 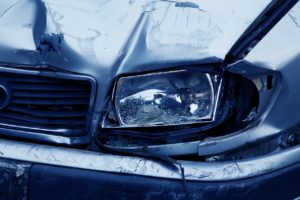 Additionally, if this car accident involved two cars, it should be fairly simple to prove one driver’s liability because it would be hard to have a car accident involving two cars without the negligence on the part of one of the drivers. Conversely, if the accident only involved one car (for example, the driver runs into a light pole), then it is typically the driver who will be held liable. In these instances, it can usually be proven that the driver was not taking the reasonable amount of care to be alert and watchful of the road, and thus they were driving negligently. While this may seem obvious, there are always scenarios you cannot see coming, such as a deer or another animal suddenly jumping out in front of the car to run across the street. If you have been injured in a car accident when you were a passenger, contact the Law Office of Richard J Banta, P.C. today to schedule a consultation.

How to file a passenger injury claim

When filing a passenger injury claim, the passenger will go about this the same way they would for a car accident personal injury claim. The main difference would be that their Denver, CO car accident lawyer would file a claim against both drivers in a two-car accident. In this case, the passenger’s lawyer would obtain the insurance information for both drivers and will then proceed to file claims with both insurance companies. Again, there are always exceptions, so if the passenger was in a car where the driver was clearly not at fault, for instance if they were at a stop light and the car was rear-ended, the passenger would probably not file a claim against that driver as they would not be at fault.

Unfortunately, the passenger can get caught in the middle of insurance claims between both drivers very easily. A Denver car accident lawyer frequently have had cases in which one driver is found liable for 75% and the other is found liable for the remaining 25%, which leads to disputes may arise between who is actually more liable. In other cases, both insurances might not pay the full 100%, leaving the injured passenger waiting until one of the insurance companies is willing to pay the remaining amount. This is when it is vital to speak with a car accident lawyer from our Denver, CO office.