Let a qualified motorbike accident lawyer Denver, Colorado help you. If you were a  passenger on a motorcycle involved in a crash and you sustained 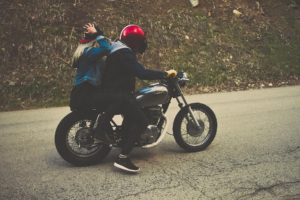 injuries, the law allows you to pursue for damages against the party or parties responsible for the crash. Motorcycle Accident lawyer Denver CO, Richard J. Banta, has successfully represented many motorcycle accident victims in obtaining the financial compensation to which they were entitled for the injuries and losses they suffered. Contact a seasoned Denver, CO motorbike accident lawyer at Richard J. Banta, P.C. today to set up a consultation and find out how we can help.

When you have been injured in a motorcycle crash, it is important to determine who caused the crash since that person or entity is who should be held responsible. A motorbike accident lawyer in Denver, CO can examine the details of the crash and make that determination. In the majority of crashes we have seen at Richard J. Banta, P.C., the responsible party is usually one of the following:

It is not uncommon for the victim of a motorcycle crash to not be able to identify the responsible party right away. This is where having a seasoned Denver, CO motorbike accident lawyer like The Law Office of Richard J. Banta, P.C. representing you is crucial. You need to focus on your recovery. Call today to let our Denver, Colorado motorbike accident lawyer legal team focus on determining who is liable for your injuries and making sure they pay you the compensation to which you are entitled.