The Signs, Symptoms and Tests of a DUI Arrest 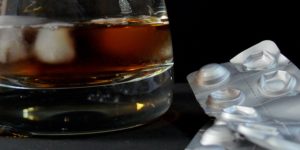 A DUI lawyer for Denver, CO is aware that when a driver is pulled over on suspicion of driving while under the influence, an officer may use several tactics to prove the driver is guilty. However, not every method of testing someone for level of intoxication is fair. Occasionally, a driver is arrested for a DUI due to an officer misreading a driving behavior, misidentifying a symptom, or from performing a test incorrectly. This can result in many innocent drivers being accused of a DUI, and having to wrongfully suffer the consequences, which is why you need to call a DUI lawyer for Denver, CO at The Law Office of Richard J. Banta, P.C.

What signs do Colorado officers look out for when searching for drunk drivers?

When an officer makes rounds throughout a neighborhood or city, he or she may watch out for several signs that may mean a person is driving while under the influence. Sometimes, an officer may pull someone over simply because they appear to be intoxicated. But, not all of the identifying signs guarantee the person is in fact drunk driving. There may be other reasons why a driver is operating the vehicle in such a manner. Here are the most common signs that a DUI lawyer in Denver, CO sees a law enforcement use to try and catch drunk drivers:

What if the officer asks me if I have been drinking?

In general, a driver is not required to provide answers to an officer which could incriminate him or her by law. When faced with such a stressful a situation, the driver may not know what to say. A driver may be permitted to talk with a Denver, CO DUI lawyer before having to answer any questions.

What physical symptoms does an officer look for?

After pulling someone over on suspicion of driving under the influence, he or she may observe the driver for a variety of physical symptoms. These symptoms could easily be related to an illness, recently having been emotional, or due to being tired but are still commonly used when trying to arrest a driver for potential DUI:

Nystagmus is a word used to describe a specific type of eye oscillation. When a person’s eyes start to move erratically when following the steadiness of a pen, that may mean the driver is under the influence. The horizontal gaze nystagmus (HGN) assessment is not an accepted DUI test in all states, as some doctors do not consider the test to be reliable. It is also possible that an officer has not adequately been trained to perform this test, and may skew the results. If you need help, call The Law Office of Richard J. Banta, P.C. to speak with an experienced DUI lawyer in Denver, CO today!