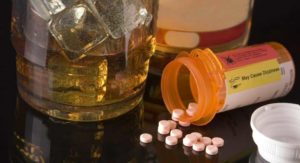 When considering the costs of a DUI, most driving under the influence lawyer in Denver CO will think in terms of court fees, fines, the cost of drivers school, the cost of mandated treatment, probation fees, and more. However, these costs are not limited to legal-related expenses. Rather, there are collateral consequences that also result from driving under the influence in Denver, CO. Before you choose to admit your guilt, it is important to consider all of the total potential losses. A Richard J. Banta, P.C. is a DUI lawyer who can help you.

Immediate Expenses After a DUI

Most driving under the influence charges in Denver, Colorado will be considered a misdemeanor and may carry a fine up to $1000 and a potential jail sentence. DUIs that involve more than one offense or other aggravating factors may be a felony. Larger fines and penalties will likely be applicable. In addition to the baseline fees, there are typically add on fees and court costs that can be double the base fine.

It should be understood that every base fee can be charged for each ticket. So, for example, if you were charged with drunk driving, reckless driving, and failure to stop at a red light, and each fine was $1000, you might face a $3,000 fine and subsequent months in jail. By having a Denver, CO driving under the influence lawyer on your side, your immediate expenses may be reduced – especially when the number of offenses can be limited.

Collateral Costs of a DUI

In the case of a DUI conviction, many people will find that the opportunity costs associated with a conviction are much greater than the immediate expenses. For instance, many employers will not hire someone with a Denver, CO driving under the influence conviction because they believe the conviction is an indicator of character flaws.

Many government clearances, such as security clearance, will not be given to a person with a DUI conviction. Thus, if they are in the military or another government job, they could face severe career hindrances.

Companies that provide vehicles to their employers may revoke, or not give, a car to an employee with a DUI. The same applies to rental car agencies.

Finally, there are countries, including Canada, that will not allow travelers to visit when they have a Denver, CO driving under the influence conviction, or other criminal convictions.

Other collateral consequences may include:

The Increased Cost of Insurance

If you are convicted of a DUI, your insurance could double or triple for the next 3 to 7 years. The average policy will increase by 25 percent; however, our Denver, CO driving under the influence lawyer knows of people whose policy increased by 65%! If you were to add these costs up, you would likely find them to be one of the most expensive consequences of the DUI. It is well known that insurance companies will raise the price even more if other offenses, such as an open container, were a factor.

As you might notice, the costs of a DUI conviction are significant. If you would like to reduce these costs, it may be worth it to hire a DUI lawyer Denver CO from Richard J. Banta, P.C.