When Self-Defense Results in a Criminal Charge

If you killed someone in self-defense and were subsequently arrested for murder, you may be best served by contacting a crim 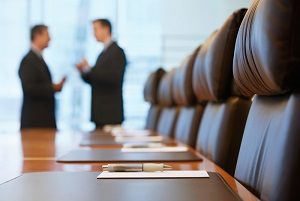 inal lawyer serving Denver, CO immediately. At The Law Office of Richard J. Banta, P.C., we have the experience necessary to defend the rights of individuals charged with crimes, including homicide. Call us to speak confidentially with an experienced attorney to learn how we might be able to help you.

Every state in the United States, as well as the federal government allows a person to claim self-defense if they killed another person in the defense of their own life. However, the laws surrounding this defense vary by jurisdiction and the circumstances of your case. Talk to a Denver, CO criminal lawyer from The Law Office of Richard J. Banta, P.C. to learn more.

When a person acts to prevent imminent and life-threatening violence against them by using counteracting violence against the aggressor. The threat can even be a spoken threat but must be accompanied by the ability to physically act that threat out. Whether or not the perceived aggressor actually intended to kill the other person is less important than the person’s fear of being harmed having been a reasonable fear. Your criminal lawyer for Denver, CO from The Law Office of Richard J. Banta, P.C. may be able to prove that any reasonable person would have been equally in fear of their life if they had been in your position.

If a person killed someone else because they were in fear of their life but any reasonable person would not have been in fear of their life in that same scenario. The person will be held responsible for killing the other person, but the punishment should be less severe than a conviction of first degree murder. Depending on what happened in your situation, a criminal lawyer in Denver, CO can make a case for why you believed your life was in danger.

In many states, a person is expected and required to make every effort to get away from the aggressor in order to avoid harm to themselves and to the other person. This is what is referred to as the duty to retreat.

In many states, there is a “stand your ground” law which negates a person’s duty to retreat. In other words, they are not required to run away and can instead fight off the perceived aggressor. However, this mostly involves non-lethal interactions. If this describes your situation, a Denver, CO criminal lawyer can provide you with more information about this law and how it may affect the charge against you.

This refers to the right of a person to defend themselves using lethal force against anyone who comes into their home uninvited. Once again, the exact rules and requirements to use this defense strategy vary by jurisdiction. A criminal defense lawyer from our firm can provide you with the information you need.

A Criminal Defense Lawyer Who Can Make a Difference

If you were charged with a crime for lethally defending yourself against someone who intended to take your life, contact us immediately. Request a free consultation with a criminal lawyer in Denver, CO from The Law Office of Richard J. Banta, P.C. today!