When You Are Being Pressured to Plead Guilty 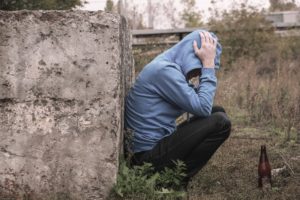 If you have been charged with a misdemeanor or a felony, you should consider talking with criminal defense lawyers in Denver, Colorado, such as those from  the Law Office of Richard J Banta, P.C. Both types of charges can result in harsh penalties that might not only lead to fines, fees, jail time, and other consequences, but could also have an affect on your personal life. You might feel stressed, upset, and confused about what you should do while at the same time feel pressure from law enforcement or the prosecutor to plead guilty. Before you do anything, it is in your best interest to ask a criminal defense lawyer to review your case. For an immediate consultation, call  the Law Office of Richard J Banta, P.C.

When You Are Being Pressured to Plead Guilty

As leading criminal defense lawyers in Denver, CO, many of our clients describe the pressure that has been put onto them immediately after their arrest. For a number of these clients, they had not even been charged with a crime before they were being encouraged to plead guilty. Although this might feel wrong, it is a common tactic used by law enforcement officials. What you should understand is that if you have not been charged, but end up giving too much information during questioning that could suggest your guilt, or if you plead guilty, then this may be enough information to charge you for the alleged crime. On the other hand, even if you have been charged with a felony or misdemeanor, you don’t have to say anything without a criminal lawyer in Denver, CO. Yes, the police might tell you things like:

“We have evidence that proves you are guilty.”

“Witnesses saw you at the scene.”

“If you tell us what happened, we’ll talk with the prosecutor about your charges.”

“A lawyer isn’t going to be able to help you with this one.”

Hearing statements like this can be upsetting and put you into a state of fear. As much as you might not like to hear them said, or rather as much as you would like to reply and defend yourself against the things said, this is not a good idea. The goal of law enforcement is to get you to talk. You have the right to remain silent. Whether or not you have been charged, it is also your right to request speaking with criminaldefense lawyers in Denver, Colorado. When you call  the Law Office of Richard J Banta, P.C., we will arrange a meeting with you at the local jail, prison, or our firm if you’re out on bail pending an arraignment or hearing. We will review your case and help you to understand your rights and options. Rest assured, from this point onwards, we can be your voice. For the most part, you will not have to say anything else to anyone.

By making this choice, your case may be in good hands. Not only are we often able to ask the prosecutor for a reduction in the charges or penalties, but we also have different cases and even had them dismissed. If you need the right criminal defense lawyers in Denver, CO, call  the Law Office of Richard J Banta, P.C., now.