Your rights following a criminal arrest generally fall into 3 categories 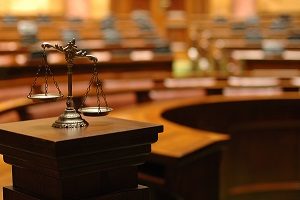 Even if you are arrested on suspicion of committing a crime, you still have certain legal rights under the U.S. Constitution, as well as local and state regulations. During and after an arrest, it is important to assert your rights calmly but firmly if it seems that law enforcement officers may be violating them. A Denver, CO criminal defense lawyer from the Law Office of Richard J Banta, P.C. can ensure your rights are protected.

Your rights following an arrest generally fall into three broad categories. This article will explain each in more detail.

In the United States criminal justice system, those accused of a crime are considered innocent until proven guilty. Regardless of how convincing the evidence against you may be, you are entitled to the benefit of the doubt unless and until you are convicted. A presumption of guilt against you amounts to unfair treatment.

The Fifth Amendment of the U.S. Constitution gives you the right to avoid saying anything that could be used in court to prove your guilt. Before questioning you, law enforcement officers must inform you of your Fifth Amendment rights. This is also known as a Miranda warning. Anything you say after receiving a Miranda warning can be used against you in court. Therefore, authorities should inform you that you have the right to remain silent.

Many people are familiar with Miranda warnings because writers of movies and television shows often incorporate them into arrest scenes in the interest of realism. However, there is one right that screenwriters usually leave out. Even if you waive your right to remain silent and choose to speak to a police officer, you have the right to stop the interview at any time.

Confusingly, in order to invoke your right to remain silent, you have to say something to that effect to the arresting officer. If you simply refuse to answer questions without invoking your Fifth Amendment rights, your refusal to answer may be used against you in court. One of the Denver CO criminal lawyers from our firm can determine if your Fifth Amendment rights were violated.

You have a right to have a criminal lawyer present during questioning. You can request one at any time, even after questioning has already begun. Your ability to pay is not a factor in retaining counsel. The court can appoint a public defender to represent you if you cannot afford a lawyer on your own. However, the county or state may have guidelines in place to determine eligibility. If it is determined that you can afford a criminal defense lawyer on your own, the court will not appoint one.

An arrest can be scary, but you do not have to face it alone. If you would like to meet with one of our criminal lawyers Denver CO clients recommend, contact The Law Office of Richard J Banta, P.C. to schedule a free consultation.